Pierce Brosnan wishes he was as cool as James Bond

Throughout the years, Pierce Brosnanâs blown up dozens of buildings, seduced countless femme fatales and killed off enough bad guys to have single-handedly kept the bullet industry in the black. But according to the 61-year-old actor, heâs not nearly as deadly as weâd all like to believe, in the August issue of Du Jour magazine.

"I just wish I was as cool as they are," Brosnan says, referring to the unflappable operatives heâs so memorably played throughout the years. "If I got into a fight in a bar, Iâd miss the dude by miles, I wouldnât know how to connect. It would be a comedy." 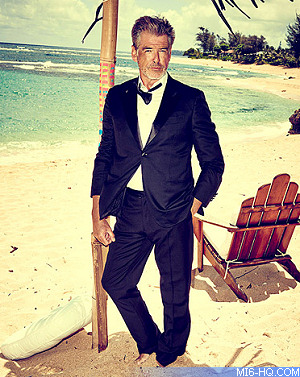 "[The James Bond] role is a gift that keeps giving in many respects," Brosnan says. "I resist any negative feelings or tension as itâs such an iconic role. I think thereâs space for people who enjoyed my work as Bond to enjoy this film and see the guy I once was play the guy I am now."