Much has been written about the possible changes to the next James Bond film 'No Time To Die' that was developed during the #MeToo era. But it was not that long ago that the series thought it appropriate to use famous glamour models in the films to attract some tabloid attention.

Perhaps the most high-profile example is 'Wildcat Miss Wales' Sian Adey-Jones who appeared in 'A View To A Kill'. Adey-Jones had won Miss Wales in 1976 and placed second runner-up in Miss Universe that same year.

She went on to represent Great Britain at Miss International the following year. Turning to topless modeling, she became a red-top tabloid favorite, especially popular in The Sun's now-defunct Page 3 feature at the turn of the decade. She was their 'girl of the year' in 1981.

Right: One of countless newspaper supplement covers that Adey-Jones appeared on. This issue, in 1983, coincidentally included a feature on the Bond Girls of that year's film, 'Octopussy'. 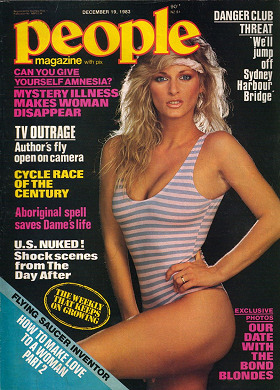 During this time she had brushes with the law (being found guilty of assaulting a policewoman), hurt in a high-profile car accident, and dated Lee Majors, The Six Million Dollar Man. Frequently appearing in tabloid stories, she was said to be the highest-earning model in the UK at the time. Things went a step further in 1983 when she became the cover girl for soft-porn magazine Mayfair (Britain's answer to Playboy and Penthouse) and posed fully nude. 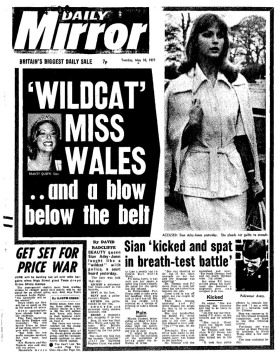 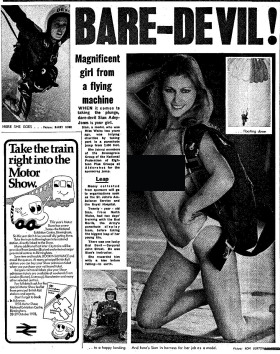 It is difficult to imagine that producer Albert R. Broccoli and director John Glen were not aware of her exposure when they cast her in 'A View To A Kill'. Recently unearthed photos from the production show that a special shoot was commissioned with her at Chateau Chantilly along with group shots with Roger Moore on location. 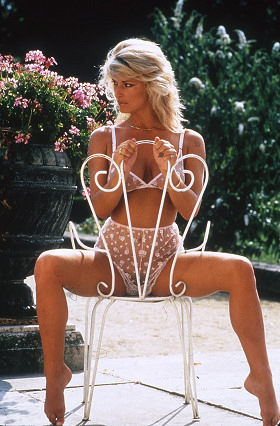 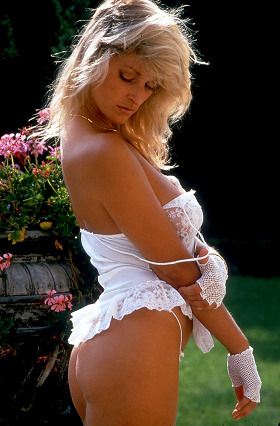 Sian Adey-Jones in a special shoot for A View To A Kill (photo credit: Thunderballs.org)

Mayfair magazine took advantage of their star's new status as a 'Bond girl' and featured this on the cover of two issues in 1985. '007th Heaven. Bared! The beauties from the new Bond film' screamed the headlines. Various newspaper Sunday supplements also cashed in on Adey-Jones's connection to 007 that summer running cover stories and topless features.  All of this publicity was outside of the control of EON and was in stark contrast to the 'family-friendly entertainment' they were trying to promote at the box-office. 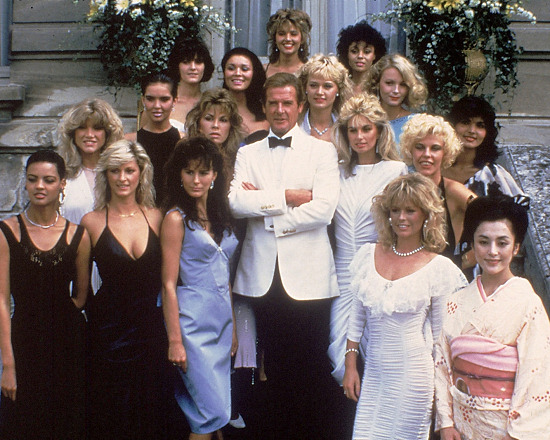 Sian Adey-Jones (front row, second from the left) in a group shot with Roger Moore

After appearing in 'A View To A Kill', Adey-Jones quickly called time on her glamour modeling career, moved to Ibiza, and disappeared from public life. EON would continue the poolside 'Bond Girls' trope for publicity shots with Timothy Dalton in 'The Living Daylights' before finally calling time on it as the decade came to a close.