Monty Norman, composer of the James Bond Theme, died 11 July 2022 following a short illness. The musician was 94. His signature tune became synonymous with the character and it is arguably the most recognised and iconic piece of film music of all time. 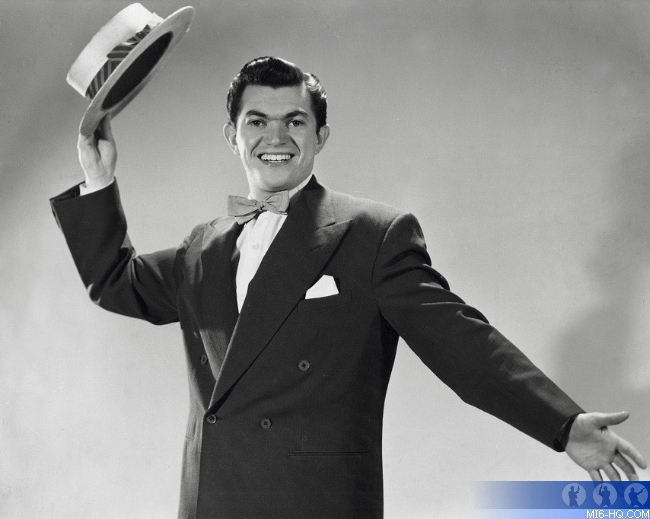 Born in a nursing home on 4 April 1928, in the East End of London, Norman was the son of Ann and Abraham Noserovitch (anglicised to Norman). His father worked as a cabinetmaker while his mother was a seamstress. Norman showed an early interest in music and following his National Service in the RAF, followed his dream to become a singer. Making a living as a barber, he took vocal lessons and soon progressed to singing everything from Puccini to Gershwin to contemporary pop ballads. Norman became an established guitar/vocalist on the semi-pro gig circuit. He worked as a BBC singer and during the mid-50s, appeared at the London Palladium, sang on radio and toured in variety shows with Benny Hill and other comedians.

Norman began singing with Diana Coupland whom he later marred and also provided vocals for “Underneath the Mango Tree” which he wrote for ‘Dr. No’. Norman secured a recording contract with Polygon Records and following his first single, ‘Takes Two To Tango’, EMI offered him a better deal. After three successful records, he also turned his hand to writing. Norman delivered a Country and Western number with lyrics by Ralph Ruvin, called, ’False Hearted Lover’. Sung by Frankie Vaughn it was a bigger hit on the US Country and Western circuit for Rusty Draper. “When the cheques started rolling in the penny dropped: maybe there was more money to be made from other people singing my songs than me singing other people’s songs.”

In 1958 he met and began working with Wolf Mankowitz, who undertook uncredited work on the screenplay for ‘Dr. No’. Together with David Heneker and Julian More and director Peter Brook, they wrote the rock and roll hit musical ‘Expresso Bongo’. After a successful West End run it was adapted for the screen starring Cliff Richard. Norman’s career soared and his next hit was the Tony nominated, English language version of the French musical, ‘Irma La Douce’ again directed by Brook with lyrics by Norman, More and Heneker. Next came ‘Make Me An Offer’ for the regarded director, Joan Littlewood.

In 1959 he met Albert R. ‘Cubby’ Broccoli. Interviewed for our book, ‘Some Kind of Hero: The Remarkable Story of the James Bond Films,’ Norman told Ajay Chowdhury and I, “I had written a musical called ‘Belle or the Ballad of Dr Crippen’. One of the main backers was Cubby Broccoli. We opened in Bournemouth and I took [Cubby] by train a few times...He was very interested in the show, loved it, liked the score very much…was there at a few rehearsals, put his tuppence worth in and somebody with that kind of form, one listens.” Unfortunately, the show closed after disappointing reviews in less than twelve weeks. “[Broccoli] was furious at the way this show had been treated and he said, ‘One of these days we’re do something together again.’” 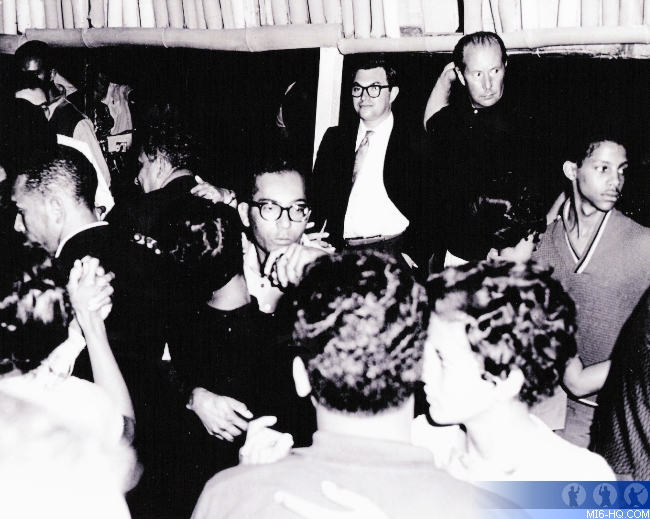 Broccoli kept his word. Norman was busy working on two musicals and a theme song for the film ‘The Day the Earth Caught Fire’ (1961) when the Bond producers called to offer him scoring duties on ‘Dr. No’. “I was about to say, ‘Can you give me a while to think about it?’ when Harry Saltzman said, ‘We’re doing all the location in Jamaica why don’t you come out with your wife all expenses paid – and that was the clincher! Suddenly I found time.”

While in Jamaica, Norman was aided by future record producer, Chris Blackwell, who introduced him to local talents such as Byron Lee. He wrote ‘Under the Mango Tree’ while on location, inspired by Carmen Manley, the daughter of the Jamaican Prime Minister, “I went to her house for a party and I said, ‘Come on, help me with this number, give me some authentic patois?’ I wanted to get some really authentic bits in it like ‘boo-loo-loop’. The funny thing is I’ve never heard it since and I have a feeling they were just taking the mick.”

The Caribbean vibe inspired the filmmakers so much that Saltzman suggested ‘Under the Mango Tree’ should be the title song. “I thought this is crazy because if the Bond franchise took off, and nobody could have known if it would or not, then a Caribbean theme would not be the answer for Bond.” A signature theme was required and Norman explored several ideas that later found their way onto the soundtrack album as the cues ‘Dr. No’s Fantasy’ and ‘Twisting With James’.

It was when Norman pulled a sheet of music from his bottom drawer that his focus changed. ‘Bad Sign, Good Sign’ was an abandoned piece he had written in 1959 for ‘A House for Mr. Biswas’ a musical based on a V. S. Nipaul book set in the Indian community in Trinidad. “There was one number in there that I thought was very good. I thought, ‘This has to be the beginning of the theme.’ I’m not an orchestrator and a few people had suggested John Barry because he was getting a few hit band songs. So, I got John Barry to do it.” Recorded at CTS on 21 June 1962, Norman remembered the session well, “My composition was suddenly there before me in all its glory. I was in heaven. It was a bloody good piece of music! John Barry’s contribution is still, to my mind the definitive orchestration.” 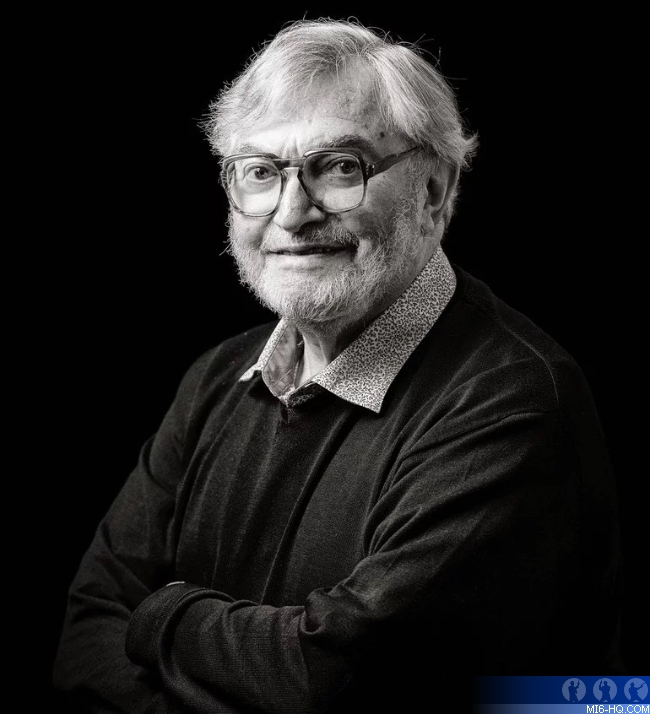 The soundtrack album was an afterthought and did not include much of Norman’s actual score. He was not involved in the record and felt that whoever came up with the track titles “should have been sacked.” Following ‘Dr. No,’ Norman wrote the score for the next EON production, ‘Call Me Bwana’ (1963), a comedy starring Bob Hope. A difficult relationship with Harry Saltzman ended Norman’s association with James Bond, although some of his music, recycled from ‘Dr. No’, found its way into ‘From Russia With Love’ (1963). He would go on to receive a credit on every subsequent film (misspelt as ‘Monte’ on ‘From Russia With Love’) an honour only reserved for one other - Albert R.  Broccoli.

Post-Bond, Norman turned his hand back to his main love – theatre. His work included ‘The Perils of Scobie Prilt’ (1963), ‘Pinkus’ (1967), ‘Stand and Deliver’ (1972) and ‘So Who Needs Marriage?’ (1975). His 1979 musical, ‘Songbook’ starring Bob Hoskins won him The Evening Standard, the Laurence Olivier and the Ivor Novello Awards and ran in the West End for over a year. He wrote ‘Poppy’ (1982) with playwright Peter Nichols which was produced by the RSC.

The Bond royalties kept Norman comfortable as each successive entry in the franchise weaved his theme into the scores. In 1977 he was awarded a special Ivor Novello award in recognition of the James Bond Theme. In 1989, he was given the Gold Badge of Merit for services to British Music from the British Academy of Songwriters, Composers and Authors (BASCA). 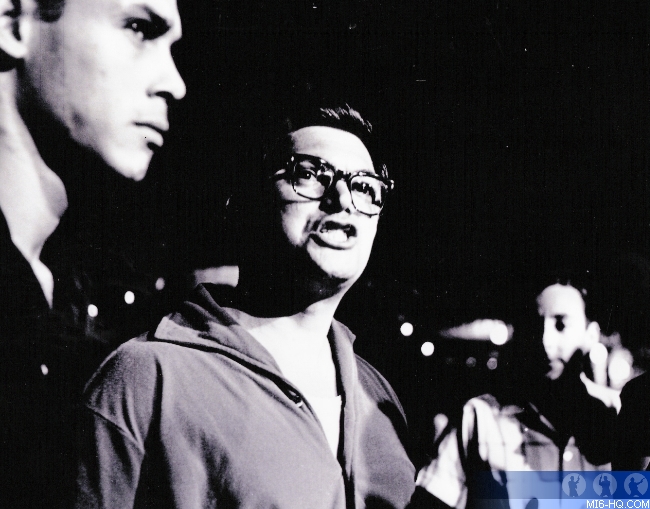 However, Norman had to defend his composition rights to the theme on a number of occasions. Melody Maker reported that he had purchased the music from a Jamaican local for a $100. He took legal action and won.  Norman joked, “My feeling was that I should try and find this 'old Jamaican' and get him to write a few more for me and I'd give him another hundred!' The most damaging accusations came via a 1997 article published in The Sunday Times claiming John Barry was in fact the real author of the James Bond Theme. The broadsheet implied Norman had dishonestly collected royalties and credit for decades while living quietly on his fortunes. What followed was a high-profile trial in the Royal Courts of Justice in London. The jury returned a unanimous verdict in Norman’s favour and he was completely vindicated and awarded damages.

Although his theatre work was often overshadowed by Bond, Norman reflected to Chowdhury and I, “I’m amazed and very proud to have written this iconic piece.” He remembered the ‘Skyfall’ premiere at the Royal Albert Hall, “When the garage door opens and they saw the original car, and the theme started everyone began applauding and cheering – that was a marvellous moment.” He was particularly impressed by Moby’s interpretation of the James Bond Theme released in 1997. His final work was the 2005 album, ‘Completing the Circle’ a collection of new recordings of Norman’s favourite songs from his youth as a big band singer and numbers from his stage musicals. Of note was ‘Dum Diddy Dum Dum’ an autobiographical song about how the James Bond Theme came to be. 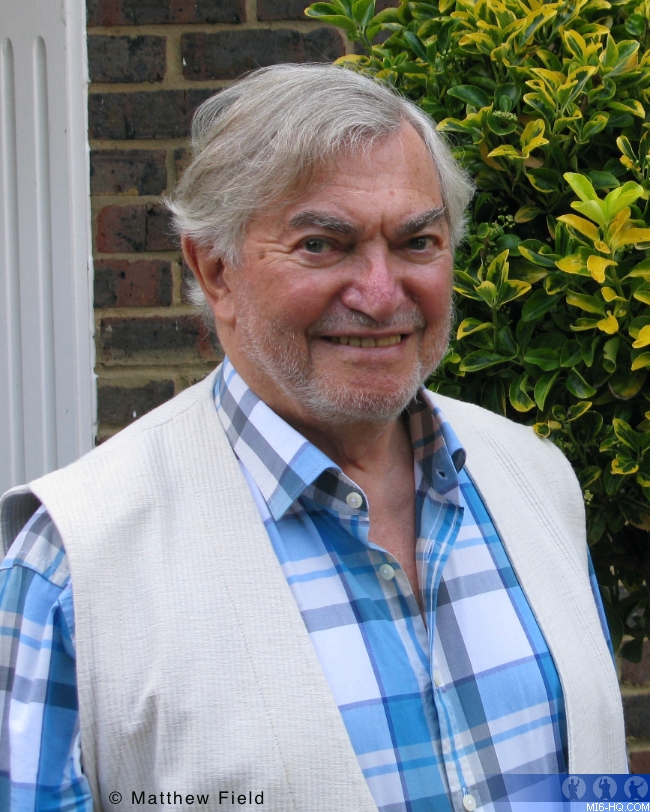 While the future of James Bond is currently unknown, one thing is certain: Monty Norman’s name will continue to grace every single 007 movie yet to come.

Norman is survived by his second wife Rina, Caesari and daughter, Shoshana.