Special effects technician Nick Finlayson passed away this month in his home in England. Often called the real-life Q, Finlayson had credits on more than 40 film and television productions from 1980 to the present. Finlayson worked closely with Chris Corbould on Q's real life gadgets from 'A View To A Kill' to 'Skyfall'. 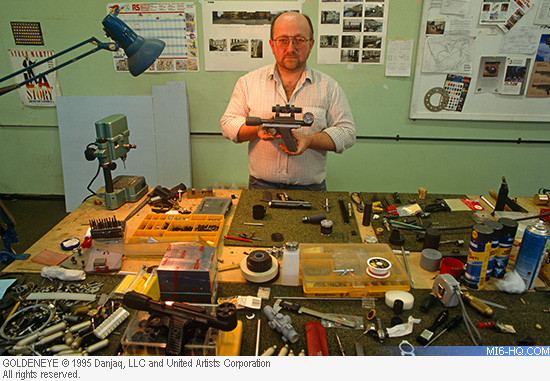 The technician was respected and loved by his fellow Bond alumni, with special effects supervisor John Richardson describing him as a "true Gentleman, he was extremely hard working, very clever with a wide range of skills". Also speaking to From Sweden With Love, Corbould commented, "He was intelligent, funny and inspirational to everyone he worked with".

In his non-Bond filmography – which includes 'Aliens', 'Tomb Raider', and 'Batman Begins' – Finlayson also worked closely with upcoming VFX supervisor Steve Begg. The pair contributed to the massive modelmaking requirements of the Gerry Anderson co-created series 'Terrahawks'. Begg remembered that Finlayson departed for Bond, of which his wife was proud. 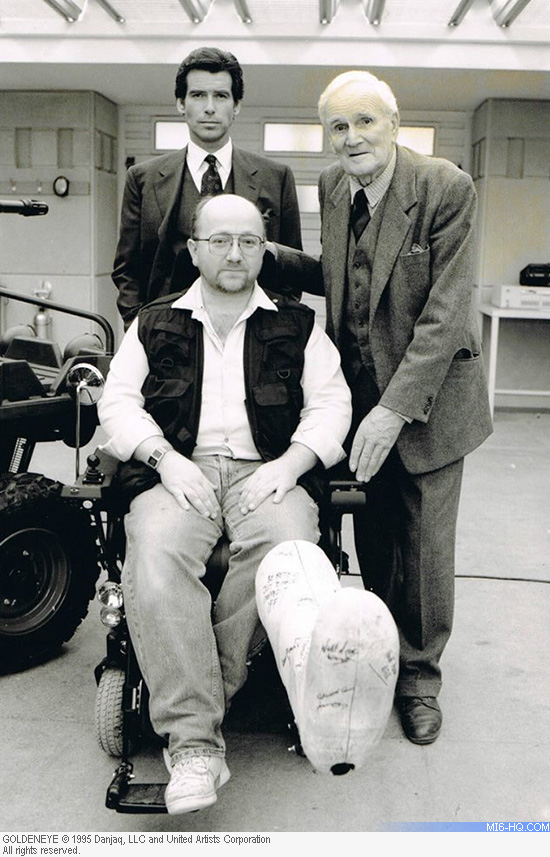 On 'Tomorrow Never Dies' Finlayson wasn't just messing with pitons and pistols. He helped select and rig up the BMW 750i that is 'remote controlled' for a quick getaway. Speaking at the time Finlayson admitted "We did try to use British. But there are so many difficulties in getting the supplies on time". He had the opportunity to flex his muscles on some traditionally British vehciles in 'Die Another Day' kitting out the Bond-driven Vanquish and Zao-piloted XKR. "In reality, [the] gun would need an ammo hopper as big as the car to have enough rounds to supply the gun," joked the technician back in 2002. But all of his tricks were done for real (some shooting projectiles up to 150m) and only enhanced with computer generated smoke and fire.`

Most recently Finlayson was at work on 'Spider-Man: Far From Home' (2019).

Crew MI6 looks at the career of special effects wizard Chris Corbould, who has worked on Bond films from The Spy Who Loved Me to Quantum of Solace