The principal cast of arrived in Italy this morning for location filming. Daniel Craig was joined by Lea Seydoux and director Cary Fukunaga for a photoshoot in the historic town of Matera in the south of the country. 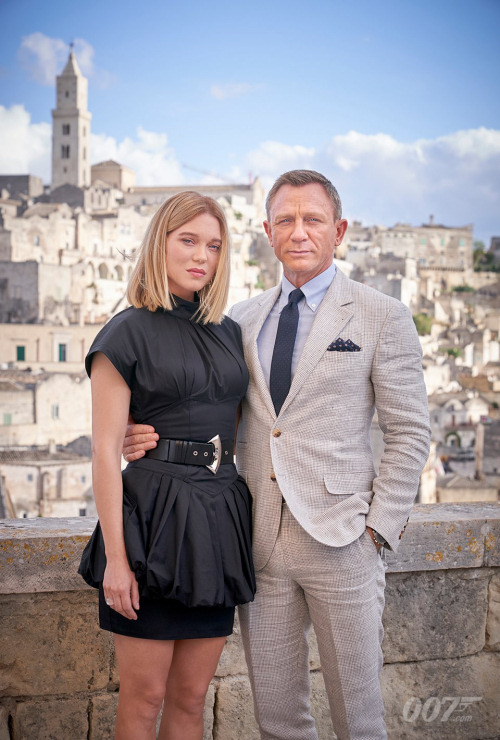 Matera has been playing host to the second unit for weeks as they captured an Aston Martin DB5 and motorcycle chase through the narrow streets and picturesque squares of the town, as well as a daring jump off a bridge. 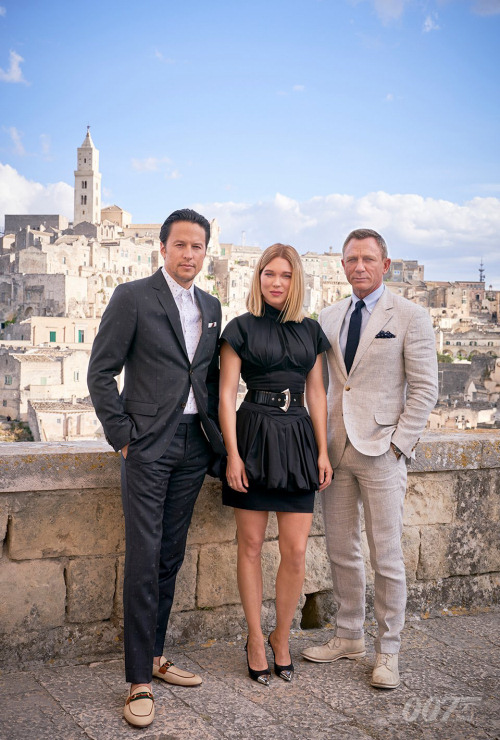 Craig flew into Aeroporti di Puglia from the Toronto International Film Festival where he attended the premiere of his new film 'Knives Out' over the weekend. Whilst in Matera, he will shoot scenes in the specially constructed hotel and balcony atop the town, as well as the cemetery set and pickup shots inside the Aston Martin DB5.