The location shoot in Italy was joined yesterday for the first time by Lashana Lynch and her stunt double. She was seen on Thursday filming on the Italian coast wearing a combat outfit and holding an automatic weapon. Her character Nomi is an MI6 agent. Lea Seydoux was also seen at the same location in a different costume using a radio.

Filming at the train station scene began on Tuesday in Sapri, although the production team used fake signs to rename it to a fictional town 'Civita Lucana.' After Bond and Swann survive the long car chase, they ditch the bullet-ridden Aston Martin DB5 outside the station. Location work continued on Wednesday for a run across the tracks. Bond is seen hugging Swann after the dramatic events of the start of the film.

Local press have reported that the production planned to shoot at Spiaggia dell'Arco Magno (previously revealed earlier this month) but those plans have apparently been abandoned, citing bad weather. Reports indicate a motorboat chase was to be shot at the location. 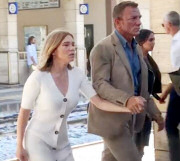 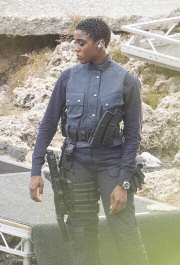 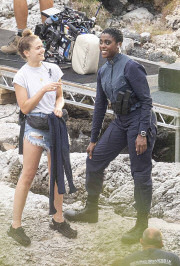 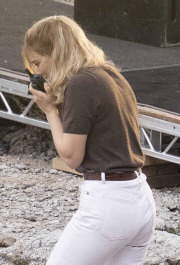 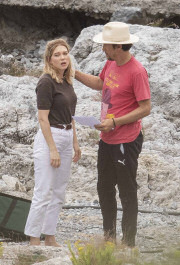 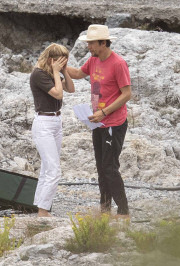