The 25th James Bond film will have a new Production Designer in charge of the art department. Mark Tildesley, a frequent collaborator with Danny Boyle, will be charged with designing the film's look. The pair have worked together on six features before, including '28 Days Later' (also with Naomie Harris), 'Sunshine' and 'T2 Trainspotting.'

Born in London in 1963, Tildesley has worked as a Production Designer on over 30 feature films since the mid-1990s. This will be his first James Bond production. As is often the case, the director has the remit to bring is own preferred people into key roles.

Dennis Gassner was expecting to work on Bond 25 and had started preliminary work on a script by Neal Purvis and Robert Wade. Gassner took over from retiring production designer Peter Lamont after 'Casino Royale' and took charge of the art department on the last three Daniel Craig outings.

Tildesley is now working from the new script by John Hodge. Pre-production has started at Pinewood Studios in England. 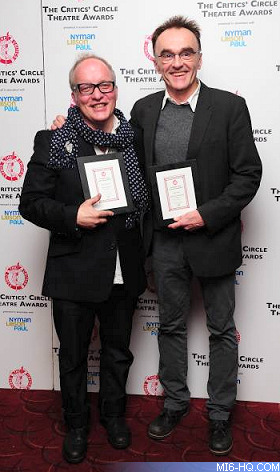 No Time To Die (2021) Director, writer, release date, and distributor have been confirmed by EON Productions