The Bond 25 stunt crew were in action in Scotland again this weekend as they captured the climax of a car chase. 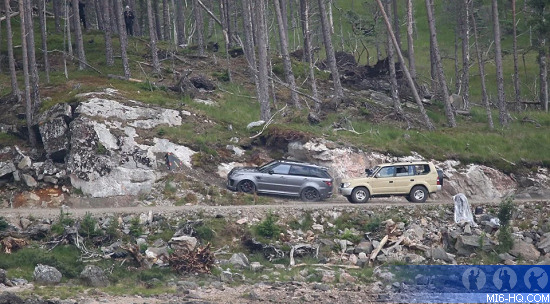 In a scene that was first captured in Norway that saw a Toyota Land Cruiser being followed by Range Rovers over the Atlantic Ocean Road. the chase came to an abrupt end for one of the vehicles. 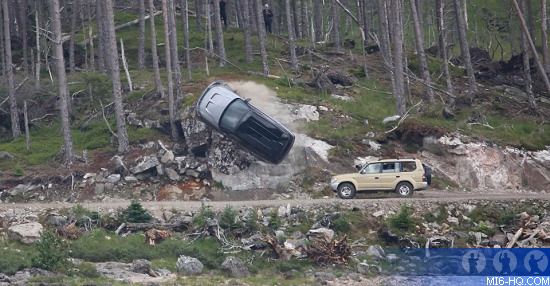 It is likely that Scotland is doubling for a continuation of the Norway sequence. The action took place on the Ardverkie Estate, near Newtonmore. 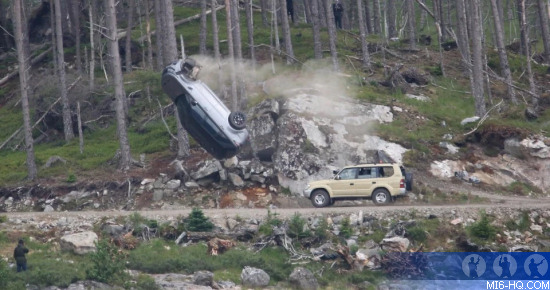 One witness told The Scottish Sun: “It was an amazing thing to see. You could just hear the motors then suddenly a massive crash. It sounded like a car being flattened at the scrap yard. They could only do the stunt once as the car was completely wrecked. There was a drone and helicopter capturing the shots." 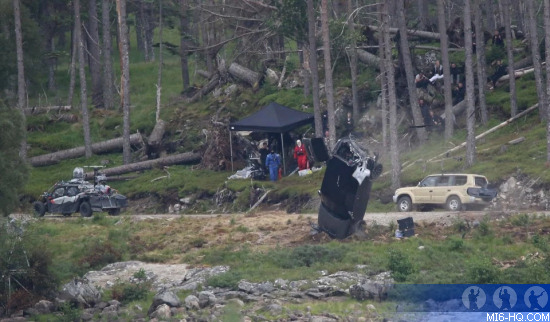 Close inspection of the photos shows a hidden ramp built into the side of the road, and the front wheel of the Range Rover looks like it was launched by an air cannon - a favourite technique of the Bond stunt team. 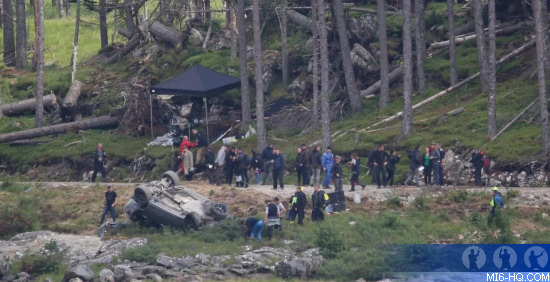 No Time To Die (2021) Bond 25 will shoot on location in Aviemore, Scotland