German toy manufacturer Playmobil will be launching a James Bond tie-in product this year to coincide with the release of the 25th film 'No Time To Die'.

Usually, new products would be announced at the Spielwarenmesse toy show in Nuremberg, but due to the Coronavirus pandemic, the industry event was held online this year. 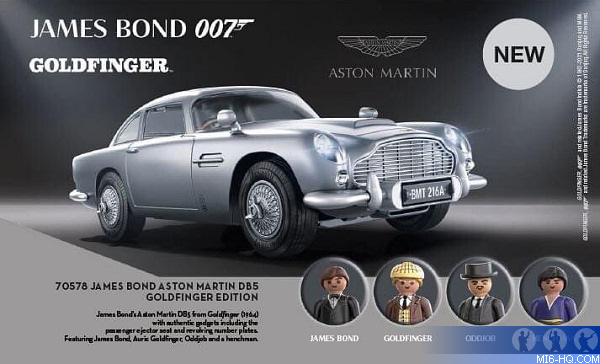 The officially licenced Playmobil Aston Martin DB5 will be based on the car from 'Goldfinger' and will feature authentic gadgets including the passenger ejector seat and revolving number plates. The car will come with four themed Playmobil characters: James Bond, Goldfinger, Oddjob, and Henchman.

Pricing and release dates will be announced soon for set # 70578.