Andy Diggle - the British writer who redefined Green Arrow at DC Comics, thrilled readers with an impressive Daredevil run at Marvel and scripted the critically acclaimed James Bond: Hammerhead, has reteamed with Hammerhead artist Luca Casalanguida to bring fans the next chapter in the James Bond series, entitled Kill Chain. The latest tale of international intrigue and espionage launched on 20th July 2017 and its sixth and final issue was published this week. 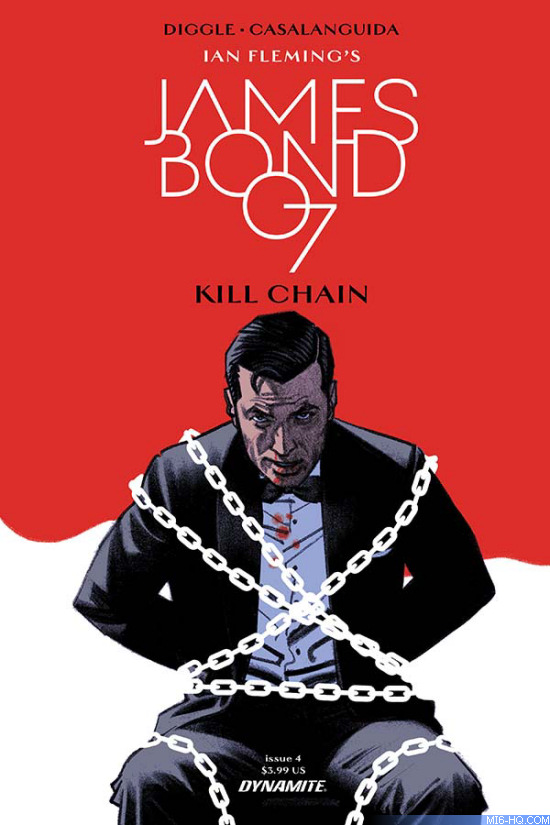 Issue #4 (October 2017):
As 007 closes in on rogue agent Rika Van De Havik, a deadly drone attack strikes at the heart of Europe. Russia's covert ops agency SMERSH is plotting to split NATO - by pitting Britain's MI6 against the CIA! 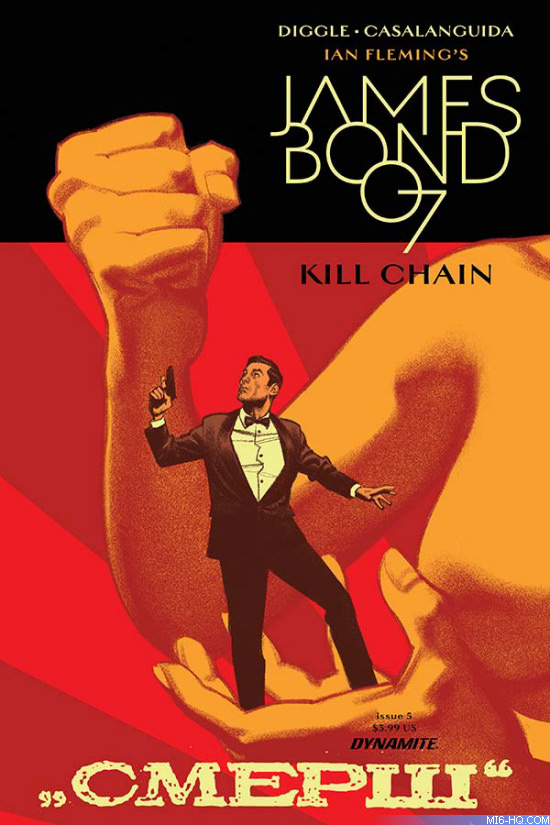 Issue #5 (November 2017):
As NATO tears itself apart from within, 007 is declared Europe's most wanted man. Hunted by SMERSH and the CIA, he must infltrate a nuclear airbase to learn the secrets of Operation Hooded Falcon before Europe erupts into all-out war! 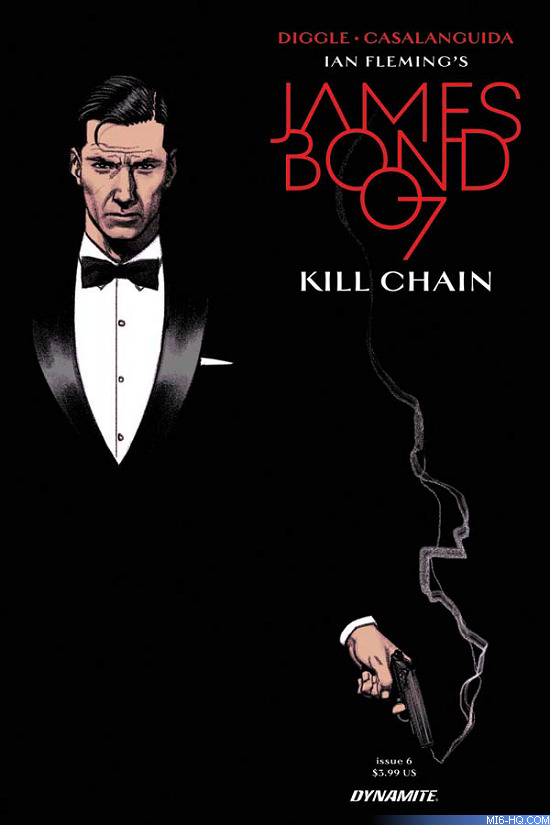 Issue #6 (December 2017):
SMERSH has activated Operation Hooded Falcon, bringing Europe to its knees and NATO to the brink of collapse. A key ally is about to fall into Russia's grasp, re-drawing the geopolitical map and setting a new foundation for the coming century. But one man can make a difference. You know his name.