MGM has issued a take-down notice to yet another fan project celebrating the classic GoldenEye 007 game originally published on the Nintendo 64 back in 1997.

The latest project to fall foul of MGM's legal team was a remake of the game's levels within the 'Far Cry 5' game editor. YouTuber Krollywood rebuilt the missions from the N64 game inside the Far Cry map editor. The labour of love took over 1,400 hours of painstaking work over a 3 year period to recreate all the levels (except the two bonus stages). These were free to download for anyone with 'Far Cry 5' via the Arcade Mode and looking up user Perfect-Dark1982.

GoldenEye YouTuber extraordinaire Graslu00 recently published a playthrough of the missions on his channel.

"It has been brought to my attention that your company currently hosts a remake of the 18 levels of the “GOLDENEYE 007” (1997) videogame crafted by Krollywood in the Far Cry 5 Arcade Mode.  Exploiting our Bond Properties whether by you directly, or by a third party user,  is unequivocally not admissible nor protected.  Krollywood’s GoldenEye 007 remake makes unduly use of our trademarks, US TM No. 2957173 (GOLDENEYE) and EUTM No. 2045473 (GOLDENEYE Stylized and Design).  Further, the cited remake inescapably benefits from our famous 1995 motion picture of the same name, protected under U.S. Copyright registration No. PA 1-397-651. "

"User Krollywood is not authorized to use any JAMES BOND/007 indicia, much less provide a video game to the public using your in-game map editor as the driver. In doing so, Krollywood develops an implied association to the Bond franchise. Kindly note that only the MGM Parties are authorized to grant licenses to third parties on the JAMES BOND properties thus, this misuse of our IP generates confusion among the public as it gives the impression that Krollywood’s remake is a licensed collaboration with Ubisoft and thus constitutes an act of free riding on the prestige of our franchise. I appeal to you to immediately remove this content from your servers and relinquish any and all public access via all pertaining gaming platforms (i.e. PC, XBOX ONE, PS4 and Amazon Luna)."

Ubisoft removed all of the materials and notified Krollywood of the take-down today.

Some have commented that MGM's claim that the fan-made mod was "confusing" to the public was a bit rich, considering MGM had green-lit 'GoldenEye: Rogue Agent' and 'GoldenEye 007' (Wii) and 'GoldenEye: Reloaded' in recent years, all playing off the goodwill of the original N64 game.

Perhaps Krollywood's project was treated harshly by MGM in reaction to them being unable to control the leak of the XBLA HD remaster of GoldenEye earlier this year. Due to licencing complexities, the project was never officially released and neither the developers nor MGM made a dollar from it. 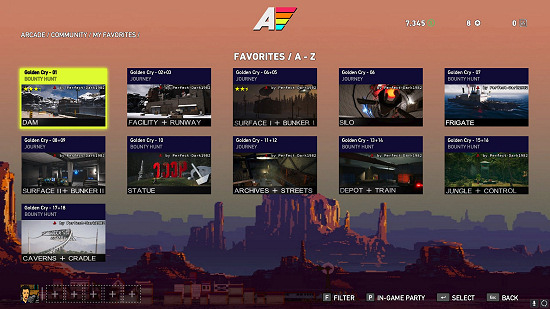 However, there is still some hope if you want to enjoy Krollywood's recreation of the GoldenEye missions: purchase a copy of 'Far Cry 5' for PC and search for "Golden Cry" within Arcade Mode. Act quickly though, as this may not stay online for long either, even though it no longer uses the name GoldenEye or its trademarked logo.