If asked about KFC's connections to the James Bond franchise, the shot of Felix Leiter grabbing some lunch in 'Goldfinger' probably springs to mind (producers included it to try and reinforce the idea of them being in 'Kentucky' as they were actually shooting in Florida). But 25 years later, the famous fried chicken brand would once again form an unlikely alliance with 007. 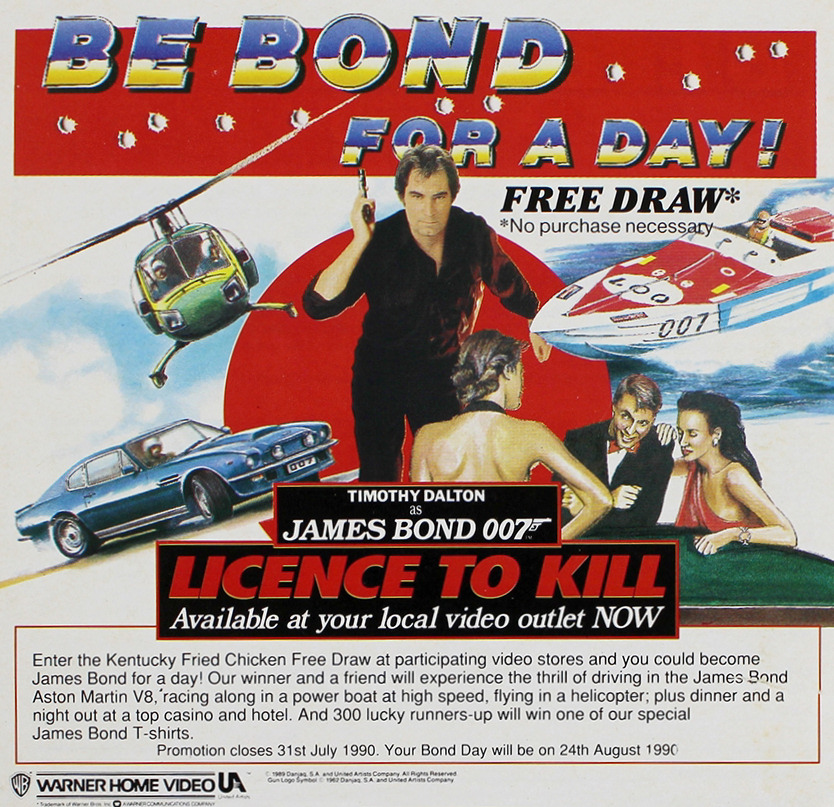 For the home rental VHS video release of 'Licence To Kill' by Warner Home Video, a 3-minute promotion for KFC was included on the tape before the film began. Presented by Chris Tarrant, the segment invites viewers to call a premium rate phone number and answer 4 simple questions for a chance to 'Be Bond For A Day!'

The first prize would see the lucky winner drive an Aston Martin B8, races a powerboat at high speed, fly in a helicopter, and enjoy dinner and a night out a top casino and hotel.