Jack White appeared on Conan O'Brien's podcast this week and the topic of his controversial theme for the 2008 James Bond film 'Quantum of Solace' came up. White was candid about its reception and how steadfast he was in his choices.

"Straight across the board: people either love it or they hate it. That song... There are people who hate it so much, and people who love it so much. Nowhere in the middle. It's so strange, " he said. "Bond themes in Britain are consistent coffee or breakfast conversation. What's your favourite Bond song is almost like who you are as a person." 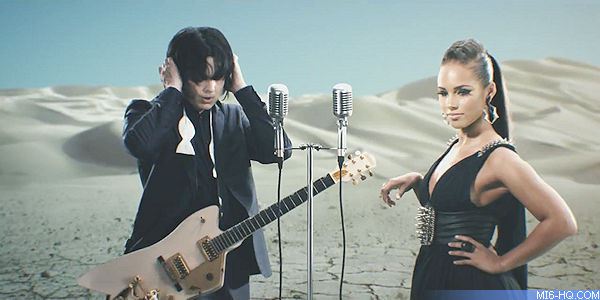 "I got in because Amy Winehouse wasn't showing up to the sessions, or wasn't delivering the song they were asking her to do. So it was, 'we're running out of time and we need someone else.' I thought this was great, and now I'm going to get away with murder, and you know, put things in this song they'd never approve of. And that happened. The music director was not down with anything. He was trying to convince me to turn it into a ballad or something like that. It got interesting. 'We're going on tour, I don't have time.' Knowing full well that I totally have time."

MI6 posed the question to composer David Arnold if he was the 'musical director' that Jack White referred to in the interview. Arnold replied in a tweet: "There were some small changes and it wasn’t ever a problem as far as I could tell. It was all good and under difficult circumstances, as Amy had become too unwell to continue so we were very grateful Jack and Alicia were able to join."