'No Time To Die' stands to be the most expensive James Bond film ever made, and its cost has been inflated by a couple of circumstances unique to the film. First, there is the £17.44m expenditure in 2018 for the aborted Danny Boyle production. Second, there are the million-a-month interest charges that the production is enduring for every month the film is not released. Between the last two accounting periods that have been publicly filed with Companies House in the UK, the cost of 'No Time To Die' grew from £199.5m to £214m. Given a year has passed since the last filing, the film's negative cost is now around £226m.  At today's exchange rate, that equates to $314m.

Print & Advertising (P&A) is the cost to release and promote a film around the world. These costs will be shared between MGM (North America) and Universal (Rest of the World) and are rarely disclosed publicly, but industry estimates peg the P&A cost for 'No Time To Die' to be around $150m (some say as much as $200m). MGM had already spent around $30m before the first pandemic delay.

The lower end of these two cost figures combined - $464m - is the total revenue that must be recovered for the film to be profitable. 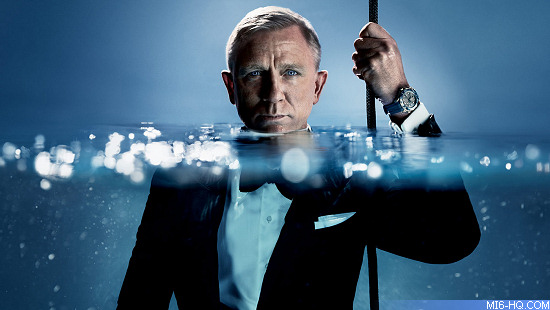 But the box-office receipts you see reported do not represent the money the studio collects. With ticket sales split between the exhibitor and distributor, MGM will see an average of 50% from every dollar spent on cinema tickets around the world. And this is where things get difficult for a film budgeted in a pre-pandemic world: 'No Time To Die' now needs to clear $928m at the box office to avoid losing money. No film has gotten close since the pandemic began.

Further contributing to the uncertainty that 'No Time To Die' can break even at the box office in 2021 is the steep drop-off in second-week ticket sales that major tent pole movies have suffered already this year. Trade outlets speculate that this is due to reluctance in older demographics to return to the cinema, whereas younger cohorts will tend to see a film on opening week. The three biggest releases in the US so far all had large drops after their opening weekends: 'F9: The Fast Saga' -67%, 'Black Widow' -67%, and 'A Quiet Place Part II' -60%. Combined with a significantly lower opening weekend than would have been expected pre-pandemic, the big films are underperforming even though there is not as much competition.

Based on the performance of those films, below is a table of Domestic (US) box-office performance a major blockbuster can expect in the current climate based on its opening weekend and opening week takings. All numbers are in $m.

To compare recent Bond films, 'Skyfall' opened with a $90m weekend and went on to make $304m domestically, but the current market performance would only see it make $240m in pandemic 2021 due to sharper drop-offs in audience numbers - a difference of $64m. 'SPECTRE' had a $70m opening in 2015 and went on to make $200m, which is $15m more than what would be projected in 2021 (although Sony did keep that film in cinemas for an astonishing 150 days in order to limp over that $200m line).

'F9' and 'Black Widow' have had the best domestic opening weekends so far in 2021, with $70m and $80m respectively, but neither will get close to the earning expectations the films had when green-lit.

One of the reasons Universal were picked by MGM to handle the international distribution of 'No Time To Die' was due to their experience with handling billion-dollar properties such as the Fast &Furious and Jurassic World franchise films. 'F9' is winding down its theatrical release window and has only made $640m worldwide, far from the billion it was expecting prior to the pandemic.

All the evidence points to the probability that if 'No Time To Die' is released in October 2021, it will fall short of the $928m worldwide box office it needs to break even.

Even if it does somehow make a profit, it is likely to be the least successful James Bond film in terms of return on investment. Going by the film's production cost alone (and not any P&A marketing costs), for every dollar spent making the movie compared to the global box-office haul, the worst-performing 007 adventures for Return On Investment (ROI) so far are:

'No Time To Die' will have to earn over $840m worldwide to not land at the bottom of that list.

But with Amazon buying MGM, who cares if it makes a profit?
Amazon's takeover is not complete, and may not be for several months as the FTC looks to scrutinize the deal before approving it, which is by no means a given. That leaves the board of MGM needing to keep things in the black, and there may be hesitation in releasing 'No Time To Die' in a market where it is likely to make a loss.

Wouldn't another delay further damage the box office?
Nobody knows what impact another delay would have on the eventual box-office, but if MGM tabulates the projected takings under the current conditions will see it making a loss, it will be a cold hard economic decision to push into 2022 with potential for a profit.

2022 is the 60th anniversary!
Another delay into another year would land 'No Time To Die' in the franchise's 60th anniversary year. The box-office for 'Skyfall' was undoubtedly boosted by the events and publicity that the 50th anniversary enjoyed, so this may be the bright side to an otherwise disappointing delay.

When will we know if 'No Time To Die' is actually coming out or will be delayed again?
MGM has left it until 30 days before release to announce a delay, so until audiences are within weeks of the expected debut, anything can happen. The 30-day mark is important as that is when a lot of the P&A spend kicks in and the marketing campaign ramps. If a delay is to be announced, the end of August or the first week of September would be the most likely window.

Finer Details
Movie economics are tough to nail down at the best of times, especially as studios and distributors keep the numbers deliberately vague. The following factors will have an effect on the actual profit/loss of any film, but as they differ from studio to studio and film to film, it is not possible to include them here:

Thanks to the James Bond Dossier for the ROI calculations.