The Genesis of J.W.

Sheriff Pepper was not an original character

Clifton James' turn as Sheriff J.W. Pepper of the Louisiana State Police is a standout piece of character acting in the James Bond series, breaking the tension of the 'Live And Let Die' boat chase with humour. When asked about the Blaxploitation element of the film, screenwriter Tom Mankiewicz said he invented Sheriff J.W. Pepper as a racist small-town southern sheriff, setting him up for mockery as a foolish pompous figure that the audience is meant to side against. Whether you love or loath JW, the character was seen as a success, so much so that they brought him back in logic-defying fashion in 'The Man With The Golden Gun'. United Artists even ran a 'for your consideration' campaign to have James nominated for Best Supporting Actor at the 1974 Academy Awards. 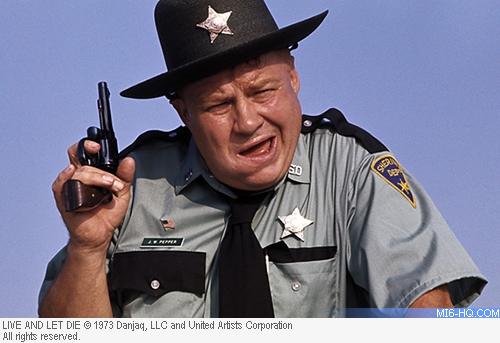 Mankiewicz said of J.W: "I love writing dumb sheriffs. When you're writing a screenplay, sometimes characters just take off with you. There was going to be a sheriff in the boat chase but the more I was writing with him, the more fun I was having with him. Guy Hamilton just adored the character so his part just kept getting bigger."

He had already experimented with using foolish cops in his first Bond screenplay 'Diamonds Are Forever', but Mankiewicz 's "invention" of J.W. was nothing of the sort, instead, he directly lifted a character that was already well known from a series of TV commercials in the USA in the two years preceding 'Live And Let Die's production.

Actor Joe Higgins, who was born in Louisiana in 1925, landed the role of Sheriff J.W. (and added his real name Higgins) for a series of Dodge commercials starting in 1969. He was prolific on American television for guest roles in many series including 'Gunsmoke,' 'Hill Street Blues,'  'I Dream of Jeannie' and 'The Twilight Zone.' 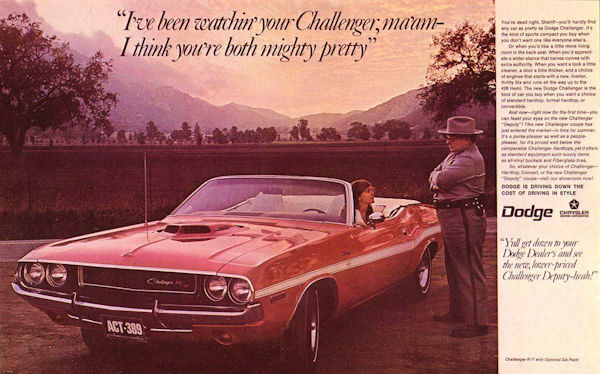 Over the course of the TV campaign for the new Dodge Challenger, Sheriff J.W. evolves from pulling over drivers for having a "racing vee-hickle" in the city limits, learning of how affordable the new car is, to later schooling his younger deputies in slapstick fashion. The last spot from 1972 ends in his humiliation when flying chickens escape the trunk of a car and would have been a comedic moment right at home in the Roger Moore era. 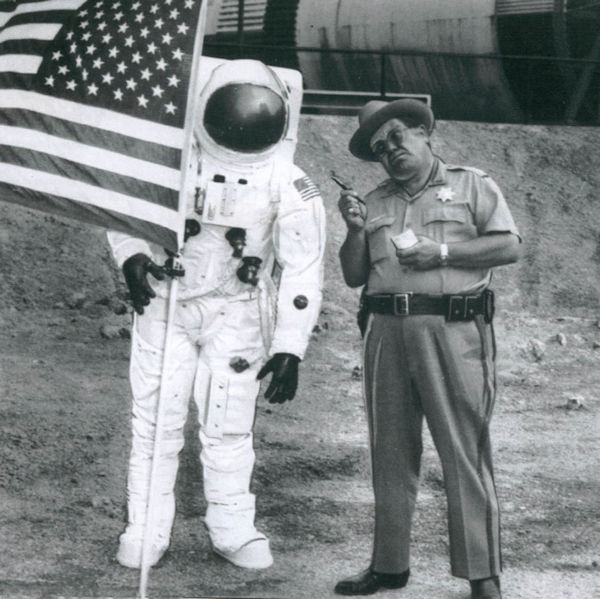 Seeing success with the spots, Dodge anointed Higgins as the "Safety Sheriff" and Higgins would tour the country at motor shows and conventions, as well as speaking to high-school kids about driving and promoting the use of seat belts. 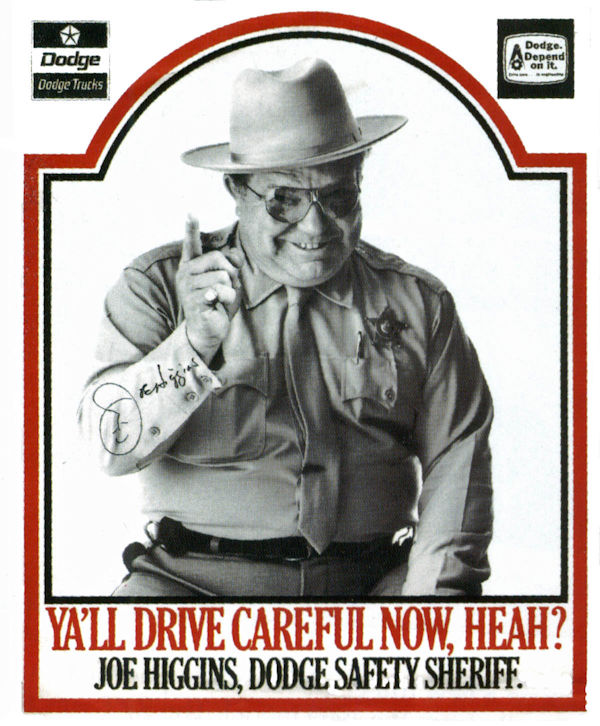 At the peak of his popularity, Higgins filmed a PSA for the Office of Traffic Safety with then-Governor Ronald Reagan.

So why didn't 'Live And Let Die' simply use Sheriff J.W, as played by Joe Higgins, as a cameo? As everyone involved has long passed, the truth is probably lost to time, but there are a couple of clues. First, Sheriff J.W. as portrayed by Higgins was a character owned by Dodge, and knowing how Danjaq ran their ship, they would have probably shirked at the idea of paying royalties. Second, J.W's close association with Dodge would have ruled out the product placement deal they landed with Chevrolet (and later AMC in the follow-up 'The Man With The Golden Gun'). 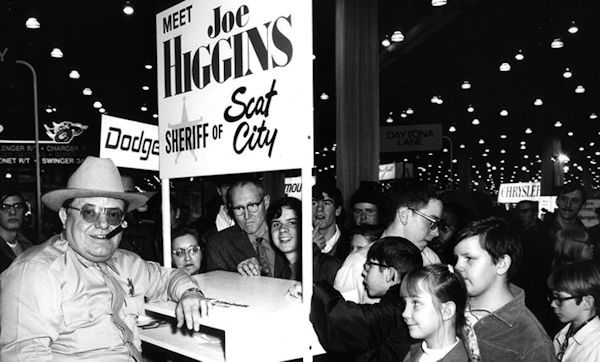 Did Mankiewicz simply lift the character's name, birthplace, mannerisms, and all, without credit? You decide: