James Bond creator Ian Fleming died on this day in 1964.  The 007 film series has now been around longer than its creator was alive.

On August 11th, 1964, Ian Fleming attended his last Royal St. George's golf club committee meeting where he was stricken with heart trouble and transported to Canterbury Hospital. Ian Fleming passed away in his hospital bed on the 12th of August 1964. His body was laid to rest in Sevenhampton Cemetery.

Fleming saw the first two silver screen adventures ('Dr. No', 'From Russia With Love') released, and visited the production of 'Goldfinger' at Pinewood Studios before he passed. Sadly, he never witnessed the height of Bond fever that would engulf the world a year later. 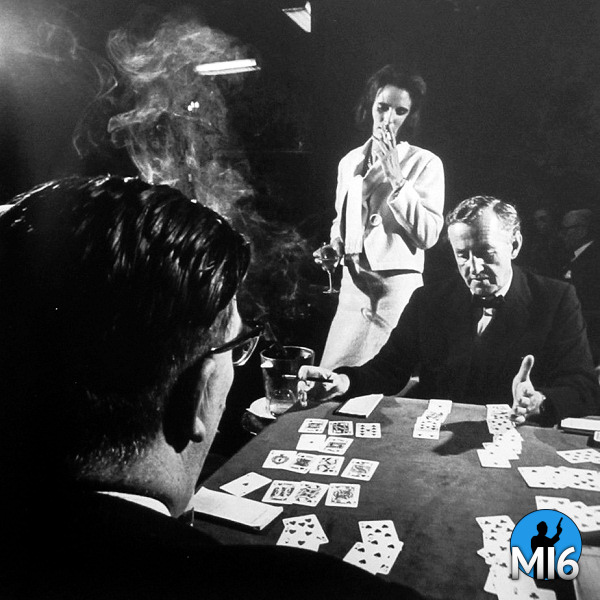