As part of their Grace Jones film festival, the Metrograph Theatre in New York City will be screening 'A View To A Kill' multiple times through the next week. The 1985 film marked the end of Sir Roger Moore's seven-film tenure as 007. 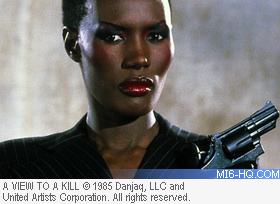