The popular Bond In Motion exhibition at the London Film Museum closed permanently over the weekend. All the James Bond vehicles have been removed. The exhibit had been open since March 21st, 2014, and was recently updated to include vehicles from 'No Time To Die'.

The writing was on the wall for the exhibition as Warner Bros bought the museum in September 2019 and (pre-pandemic) had been making plans to exploit their own franchises in the space.

The following notice was posted on social media by the museum: 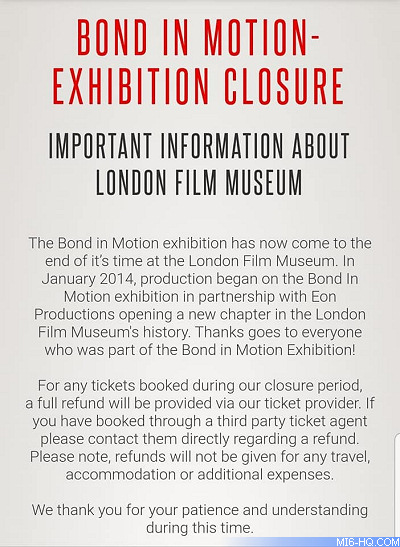