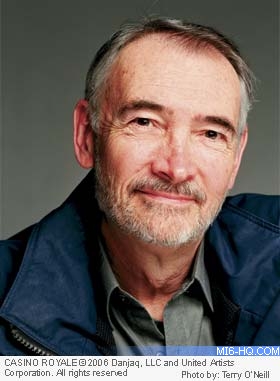 Wilson, who has been involved in the James Bond series since 'Goldfinger', worked at several positions on the EON films until he took over producing duties with his half-sister Barbara Broccoli starting with 1995's 'GoldenEye'.

"At the end of the day, what's really important - not just for the audience but ourselves - is that we are doing stuff that we believe in, that makes us enthusiastic..."

Over the years he has appeared in many of the films with small cameo roles.