Craig was spotted at an airport in Turkey on Sunday morning before catching a flight to New York City. 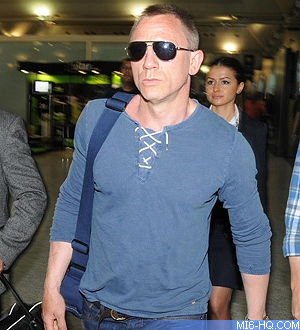 The second unit is still in Adana, southern Turkey, completing work on the pretitles sequence. They are expected to finish by the end of this week, bringing to a close the longest shoot for a 007 adventure since "On Her Majesty's Secret Service" back in 1969.