As MI6 previously reported, Xperia T will be used by 007 in the forthcoming adventure, "Skyfall". The CEO Kaz Hirai confirmed the news at IFA (Internationale Funkausstellung Berlin) yesterday.

Bond's partnership with Sony Ericsson began in the Pierce Brosnan era, when 007's BMW was remote controlled by an Ericsson cellphone. Since Sony have been distributing the Bond films in partnership with EON and MGM, the Sony line of equipment has been the secret services' tech-provider of choice.

According to the official Sony blog Xperia T will be part of a new range of smartphones available upon the filmâs release later this year. It features everything youâd expect from a Sony smartphone â stylish design, state-of-the-art specs, easy connectivity and access to premium entertainment experiences anywhere, anytime. 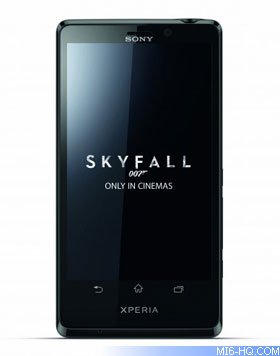