The October issue (out now) of Esquire magazine celebrates the best James Bond since Sean Connery.

As Skyfall, Daniel Craigâs third outing as James Bond, hits the cinemas this Autumn, Esquire spent some downtime with the man who has rekindled our Bond obsession. 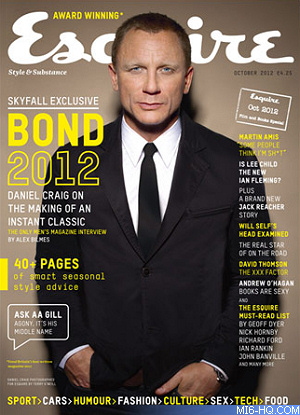 And what better way to meet a British icon than over an afternoon pint in a London pub, where he gave us his thoughts on why the Bond series still has us coming back for more.

Craig also revealed the difference between starring in a behemoth like Bond over his less high-profile roles.

âBond movies live or die on their popularity. They force you to care about what people think. And Iâm involved [in the films] on a very deep level. I have it in my mind all the timeâ¦So thereâs that kind of pressure, and thatâs an enemy in any art form, acting especially.â 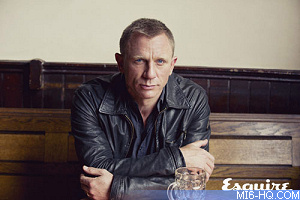 And if you wondered how Sam Mendes came to be directing this latest instalment, our cover star had a big hand in that too.

âItâs a very showbizzy story. I was at Hugh Jackmanâs house in New York. It was a soiree â we were in a play together â and Sam [film and theatre director Sam Mendes] was there. Iâd had a few too many drinks and I went, âHow do you fancy directing a Bond?â And he kind of looked at me, and he went, âYeah!â And it snowballed from there.â 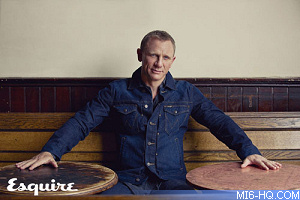