According to industry reports, Lara Pulver has been cast as Ann Fleming. The English-born actress, Pulver, has had a increasingly successful career on both sides of the Atlantic with roles in "True Blood" and "Spooks". 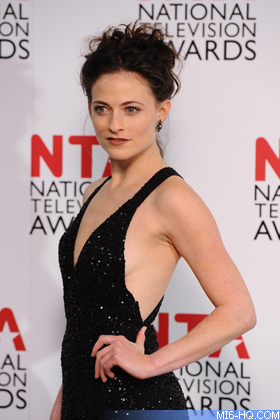 Also cast are Samuel West, who will play Admiral John Godfrey, for whom Fleming worked during the war, and Anna Chancellor has been cast as Lieutenant Monday, who some claim was the inspiration for Miss Moneypenny.

Shot on location in the UK and Budapest in the coming months, "Fleming" will broadcast on Sky Atlantic in late 2013. BBC Worldwide will distribute.