Some more details of the long-awaited "Skyfall" Steelbook DVD + Blu-Ray package have been revealed on Amazon. 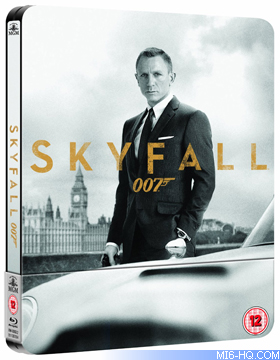 The Steelbook was initially expected to be exclusive to the British superstore, HMV, but after the store faced financial trouble, the DVD has appeared on Amazon.

Thanks to `Jon` for the alert.