Albert Finney's character of the Skyfall groundskeeper Kincade kept a low profile in the promotional lead-up to the release of the 23rd Bond film, but Empire got their hands on a character poster that was never used in the marketing campaign for "Skyfall". 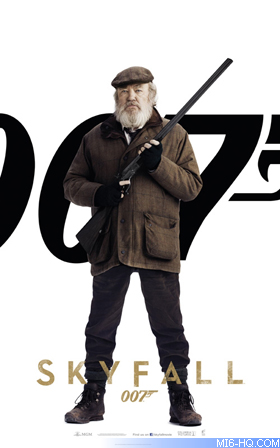 The poster echos the style of the bus advertising that was prolific in London during the October lead up to the film but due to the top secret nature of Finneys character, the poster never saw the light of day.