Mysterious Dr. No '3D' Blu-Ray hits the internet in Asia

A new listing for a 3D edition of the first James Bond film "Dr. No" has been spotted online, originating from Taiwan. Some online movie databases have also added entries for "Dr No: IMAX 3D".

Online stores in Asia are listing the release as boasting "4K ultra-high quality film, digital restoration and 3D technology". Given rampant piracy in the region, another explanation could simply be that this is a bootleg. 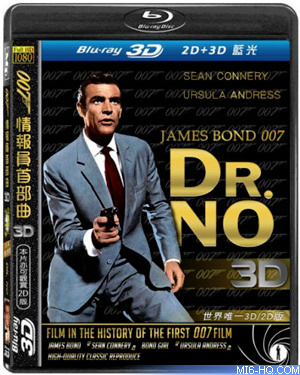 A number of major Hollywood films have been, or are in the process of, being retrofitted with 3D for re-release in cinemas. "Titanic" was one of the most successful projects recently, although Bond producers have so far been cool on the idea of a 3D 007.