Sir Sean Connery participated in a little-known charity football match before he was the big Bond star, in 1960.

On Sunday February 28 1960, a programme discovered by the Leamington Observer showed that Connery was part of the Showbiz XI, who played against an All-Star XI. 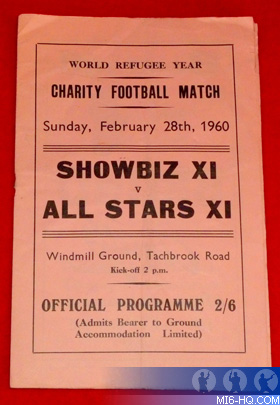 The programme sold on Ebay for just Â£15.