The delightful Liz Hurley, model, actress and co-star of the Bond-spoof "Austin Powers: International Man of Mystery", has donned the obligatory spy outfit and starred in a new advert campaign for comparethemeerkat.com.

The 48-year-old Hurley even appears with a Bond standard, the Aston Martin DB5, as part of the promotional campaign. 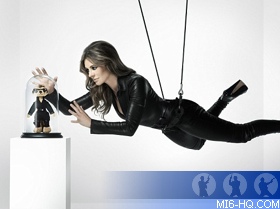 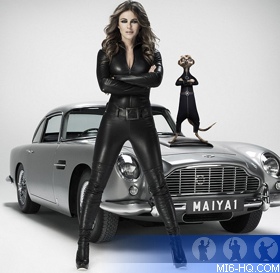