The poster for Pierce Brosnan's upcoming thriller 'Survivor' has been revealed. 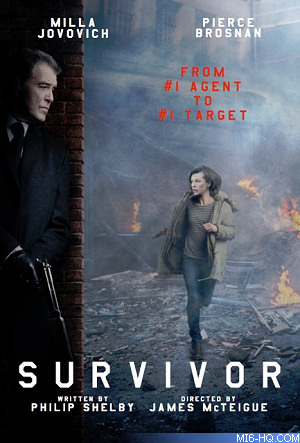 The former Bond star recently completed filming 'Survivor' in Sofia, Bulgaria, alongside Milla Jovovich. The film is about a female foreign service officer in London who tries to stop a terrorist attack planned in New York. The acclaimed James McTeigue (Martix, V for Vendetta) is directing the movie, due for release in 2015