Press Release
Theatre Seven at Pinewood Studios has been renamed the John Barry Theatre in memory of the legendary British film composer.

The new name was unveiled in a small ceremony held on Friday 20th June attended by members of the Bond franchise.

John Barry (1933-2011), scored 11 Bond films, all shot at Pinewood Studios, as well as many others associated with Pinewood and Shepperton including Chaplin, Enigma, The Ipcress File and Out of Africa.

John Barry Theatre is the largest preview theatre in the UK, with the capacity to seat 115 people and capable of running all formats of film and video. 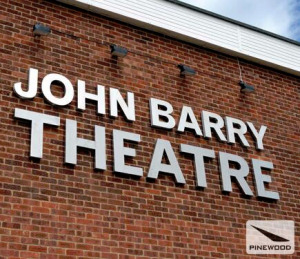