Another Bond Girl rumour was floated on the internet today.

Mediamass claims that Lea Seydoux is up for a role: "The producers have tried to get LÃ©a before, but she has never been available because of other commitments,â a source close to the production said about the actress. âThe discussions have been going on for some time and they are working out the contract details now." 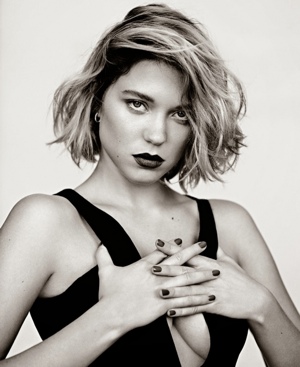 Before 'Blue is the Warmest Color', the 29 year-old French actress was perhaps best known for her role in 'Mission: Impossible - Ghost Protocol'.

Another site carrying the news referenced a rumour back in March claiming to have been tipped off to a casting breakdown, which described the role as "30-40. Attractive, sophisticated, cool and calm secret agent."