A satirical romp through the spy-fi genre begins as legendary spy Sir James Bond is coaxed out of retirement to take on SMERSH. With M dead in a fantastical explosion Sir James becomes head of MI6 and leads a squad of "James Bonds" to all fight crime in his name. One is Evelyn Tremble, recruited as one of the many 007s and tasked to face SMERSH agent Le Chiffre at the baccarat table. (Spoof) 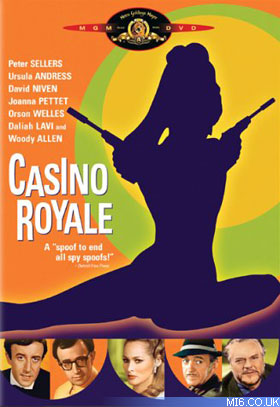