Jesper Christensen confirms his return to the Bond family with 'SPECTRE'

Although he was not revealed to the world's press on 4th December along with Waltz, Seydoux, Bellucci and others, it was more quietly confirmed this week that Jesper Christensen would be making a return to the franchise.

The actor who plays the aloof and dangerous Mr. White in "Casino Royale" and "Quantum of Solace" first spoke to the Danish press, saying, "It is a truly exciting script and a very capable team. So it'll be fun".

MI6 followed up with Christensen - who was absent from "Skyfall" - for confirmation. Staunchly silent on any plot details, the actor did confirm his involvement in the 24th James Bond adventure, now known as "SPECTRE". 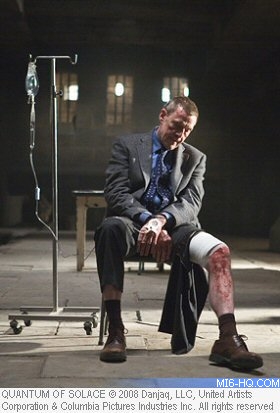 His return will have Mr. White outdo some of 007's old nemeses - such as Jaws - and become the rarity that is the same actor portraying the same villain in three (or possibly more) Bond films.