These early photos show the setup of a pontoon and the Establishing Shot writers speculate that the scaffolding will be supporting green screen soon enough so that the location may double for another. Little else is known about the shots that will be captured on location in the British capital, and if these bloggers are right about the green screen setup, London may have a comparably smaller role to play than it did in "Skyfall". 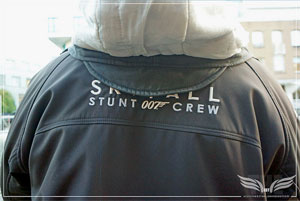 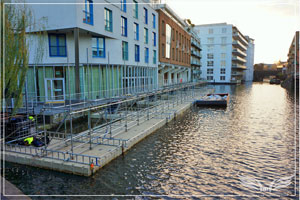 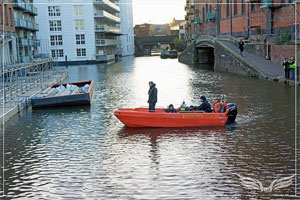 Thanks to Craig for the alert.