Sir Christopher Lee, who played villain Francisco Scaramanga in the 1973 007 adventure 'The Man With The Golden Gun', has died at the age of 93.

Lee, who was born on 27th May 1922 and became step-cousin to James Bond creator Ian Fleming, passed away in hospital on Sunday 7th June 2015.

A veteran of cinema, Lee appeared in over 270 big and small screen productions, including the Hammer Horror films, Lord of the Rings and Star Wars franchises.

Sir Roger Moore tweeted: "It's terrible when you lose an old friend, and Christopher Lee was one of my oldest. We first met in 1948. Our thoughts are for Lady Lee, Christina and Juan." 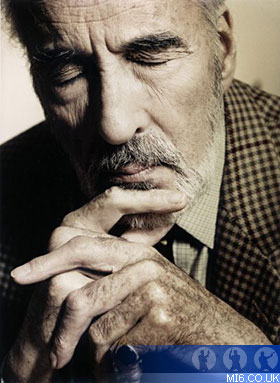