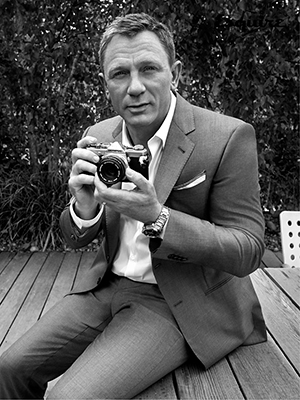 Beyond Bond the British actor has appeared as Mikael Blomkvist in "The Girl with the Dragon Tattoo", Sakharine in "Tintin" and Jake Lonergan in "Cowboys and Aliens". Most recently the actor was connected to star in a new TV series, "Purity". Based on the Jonathan Franzen novel of the same name and produced by Scott Rudin. The series is yet to be picked up by a major distributor.

Click here to read an in-depth biography of Daniel Craig.