James Purefoy back in the running for James Bond #6 role

James Purefoy was a hot favourite for the James Bond role after Pierce Brosnan stepped down last year, but ruled himself out when taking on the "Vendetta" production.

Back in July 2004, MI6 exclusively named James Purefoy as the top choice of those around the Bond production team. With his shooting schedule now free, he may be back in amongst the gaggle of contenders for the famous 007 role. 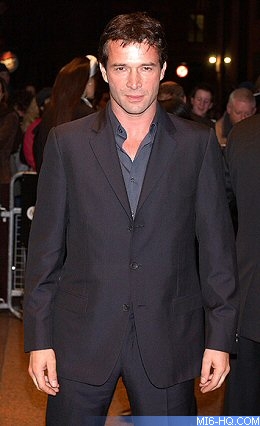 James Purefoy screen tested for "GoldenEye" back in 1995, but the role would go to the public's favourite - Pierce Brosnan. Ten years later, Purefoy is back in the frame to play James Bond... #6.

Thanks to `airbond, Nick, Chris & Steve` for the alerts.