Another day, another candidate for the vacant James Bond role comes to light. But unlike most days, this report has more meat on the usually bare bones.

MI6 has learned that Croatian actor Goran Visnjic is being seriously considered as the sixth 007. He has reportedly been in multiple meetings with "Casino Royale" director Martin Campbell throughout March. It is understood that he is a favourite of Campbell to take over from Pierce Brosnan. 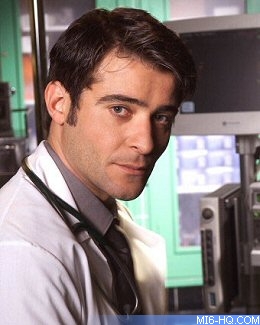 The 32 year-old actor will be best known to fans of the "ER" television series as Dr. Luka Kovac. He also had a strong role in this year's "Elektra" movie playing Mark Miller.

Producer Michael G. Wilson revealed this week in an exclusive MI6 report that Campbell was one of the four key people involved in decision process. It was previously widely regarded that the decision was solely that of the producers and the studio. Campbell is expected to join the production full-time in June after his work on "Mask of Zorro" wraps. Official announcements are due to follow thereafter.