MEDIA RUMOUR
South Africa actress Charlize Theron is the latest name to be linked with a role in the forthcoming James Bond film casino Royale, due out November 17th 2006.

UK newspaper The Daily Mirror are exclusively reporting that Academy Award winner Theron is rumoured to be up for a Bond girl role opposite new 007 Daniel Craig. 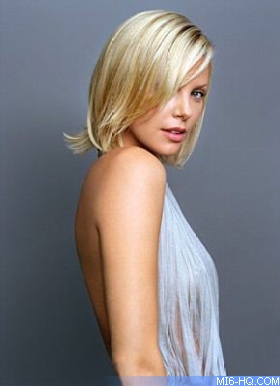 SHE'S got all the right credentials for a Bond girl...and she can act a bit, too. Oscar-winner Charlize Theron is being lined up as 007's latest lovely, The Mirror can reveal.

She has been offered a megabucks deal to star alongside Daniel Craig in a remake of Casino Royale.

She is set to follow in the footsteps of legendary beauties including Halle Berry, Teri Hatcher, Britt Ekland and Ursula Andress.

But she would be bringing more than just looks to one of the hottest roles in Hollywood. 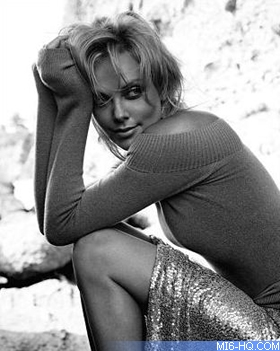 Charlize, 30, won a Best Actress Academy award for her stunning portrayal of real-life US serial killer Aileen Wuornos in the 2003 movie Monster.

One Bond insider revealed: "She is glamorous but she is also a brilliant actress. It would be quite a coup to have an Oscar-winner as the female lead."

Charlize and Craig - dubbed James Bland after a lack-lustre introduction to the world's press earlier this year - are due to start filming in Prague next month.

After a sting of successful movies, Charlize can more or less name her own price. She is said to have raked in Â£6million for sci-fi adventure Aeon Flux, which opens later this month.


Thanks to `Paul and Grunther` for the alert.