Young James Bond author Charlie Higson has revealed exclusively to MI6 how he intends to wrap up the five book series and keep it inline with what Ian Fleming wrote in 007's obituary from "You Only Live Twice".

Speaking when the first Young Bond novel was first released, MI6 has now unveiled part six of the exclusive SilverFin interview series. In part six, Higson reveals how he plans to tie up the loose ends in the series and maintain continuity with what Fleming had written.

How will you approach Fleming's back-story of Bond at Eton and how he was expelled? What about the problem with the obituary?

"So the first thing in my defence is that Fleming himself was not consistent in his backstory or his detail, sometimes because he didn't remember what he'd written in one book to the next."

"In the obituary, the implication is that the incident with the maid was sexual; we are lead to presume they were having sex. But in one of the short stories he does say that Bond lost his virginity in Paris at the age of sixteen. So, okay there may have been a sexual element perhaps, but it conflicts with the other details." 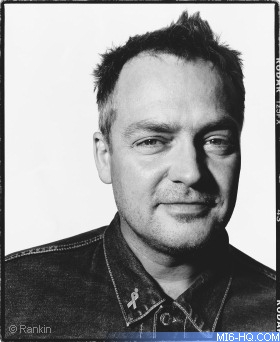 "As for the fact that it happened after two terms... Well, my main thing in my defence, and I think it's pretty cast iron, is that the obituary was written by the head of the Secret Service about a spy who was actually active around the world at that time. Now what are the chances of the obituary being the full truth? It's pretty slim, wouldn't you say? Which is one argument that is doesn't fit with other things Fleming had written in previous books."

"The fifth book involves elements of a fairly major nature. Basically, it is decided that things need to be hushed up, kept out of the way and swept under the carpet, official secrets, the government and the establishment closing ranks and all that, trying not to let out what has really happened, and that Bond is never allowed to speak about it ever again. Which is why he never mentions it when he's an adult! And so, they actively go about changing the dates and circumstances. He does leave early. It does involve an incident with the boys' maid. But so that the general public and the newspapers can 't put two and two together, the exact dates get altered and obscured, so that James's activities and involvement never come to light."

"I hope that people can have a sense of fun about it", Higson said.

Click here to read the full interview on MI6.

Young Bond Book 5 is expected to be released in January 2009. The second book in the series, Blood Fever, hits UK shelves this week.