Two French actors have screentested for the role of Le Chiffre - the chief villain in the forthcoming James Bond film Casino Royale starring Daniel Craig as 007.

Dark Horizons reports that Michael Youn and Romain Duris have both screentested for the part. 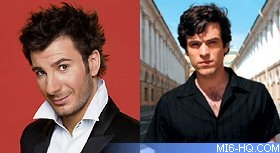 Michael Youn (32) appears predominently in French language films, but had a small role in Hollywood blockbuster "Around the World in 80 Days" in 2004.

Romain Duris (31) has so far appeared exclusively in French language films, but has signed up to international film "Black Box" in 2006. He was discovered when French director CÃ©dric Klaspish spotted him in the street.