EON have come under atack from fans and critics alike for the unashamed amount of product placement in Bond`s latest outing "Die Another Day". The $130m productoin cost had already been covered by the many sponsorship deals before the film had even hit the box-office.

"It`s really out of my control, but I couldn`t quite believe it. Certain discussions were had - round-tables - and certain agreements were agreed upon. And now I`ve got one big fat lawyer in Los Angeles who sits there like a rottweiler. I say "get `em". And that helps." 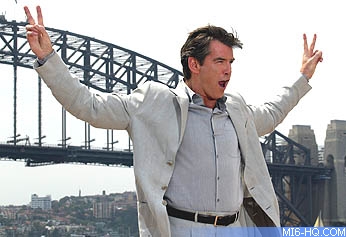 But Pierce Brosnan has made peace with the torrent of product placement in "Die Another Day", and it`s all because of Ian Fleming - creator of James Bond.

Thanks to Peter for the intel.