Just when you thought the Casino Royale road show had enjoyed its last premiere in Australia a few days ago, news has broken of another date.

MI6 has learned that one last event will be held in South Korea to promote the film, which opens nationwide on December 21st 2006.

Daniel Craig will be making an appearence to promote the 21st James Bond film. No other details are currently available.

Last time around, "Die Another Day" sparked controversy and protests in South Korea due to the politics involved in the film's plot. 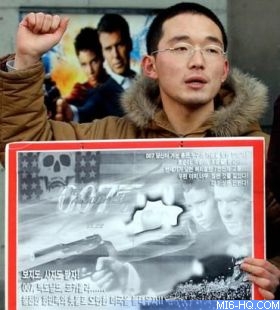 Unsurprisingly, no cast and crew attended the debut "Die Another Day" screening arranged by Fox Korea back in 2002.