The USA release date for the audiobook edition third Young Bond novel by author Charlie Higson has been delayed - again.

Amazon USA have listed the "Double Or Die" audiobook for release on April 22nd 2008 - a further delay of three months. Previously, it had been pushed from July 10th 2007 to January 22nd 2008.
Click here to pre-order and save. 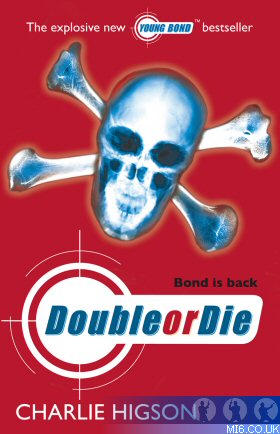 "Double Or Die" was first released in the UK on 4th January 2007, and the title was revealed a day before at the launch event in London.

Click here for complete coverage of Young Bond on MI6.