The first shooting for the 22nd James Bond film took place in Siena, Italy back on Thursday 16th August 2007 to film some background shots. Daniel Craig was also in attendance, although he merely observed and did not feature in the filming in any way.

Spanish press now report that the production team then moved to Madrid where they filmed between Thursday 23rd to Wednesday 29th August.

Newspapers state that the action took place around the city's historic quarter. Local media speculation pointed to Madrid de Los Austrias and the nearby palace and opera house.

MI6 understands that filming was for background shots and tests, and no cast were present.

An opera location has been previously touted for Austria, where test footage was also filmed. 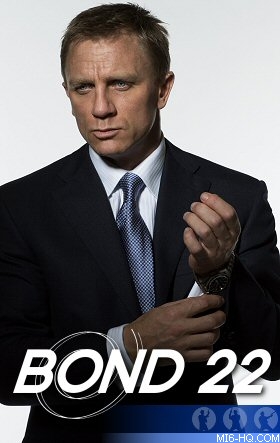 Produced by Michael G. Wilson and Barbara Broccoli (Eon Productions), BOND 22 (title to be announced) is scheduled for release November 7th 2008 and will be directed by Marc Forster. Principal photography will start in December 2007, at Pinewood Studios (UK) and foreign locations to be announced. The draft screenplay has been handed in by regular scribes Neal Purvis & Robert Wade, and Paul Haggis will polish. The story will be a direct continuation of the events of Casino Royale. It is British actor Daniel Craigâs second outing as James Bond, following his debut film Casino Royale released November 16th 2006. Dame Judi Dench (M) and Giancarlo Giannini (Mathis) will also reprise their roles.