Appearing on "The Late Late Show" with Craig Ferguson on CBS (USA) to promote his new film "In the Valley of Elah", Haggis was quizzed about his work on the new 007 movie.

When asked how far along he is in re-writing the first draft script by Neal Purvis & Robert Wade, Haggis said, "I am on page 45". This is "no where near" half way, according to Haggis, which indicates Bond 22 may have a long running time akin to "Casino Royale".

He joked that "shooting doesn't start until December, so I have plenty of time", and hinted that traditional Bond gadgets may come back in the new film - "they might, they might, but I won't tell you", he teased.

Haggis revealed he is heading to Italy to get some writing complete. "It's nice that people can't get you on the phone. Because they're 9 hours behind [in Los Angeles] I can get a lot done". 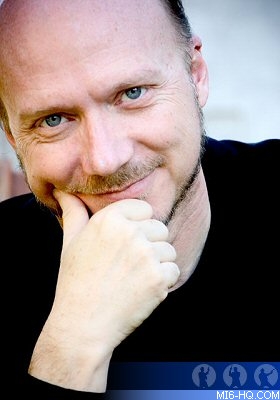