Do gamers enjoy the digital death of James Bond?

Do we really enjoy the deaths of our digital opponents? A new study by a team of researchers from Helsinki, Finland has made the news lately due to its tentative answer - reports ShackNews.

The team's surprising findings: Video game players from its test group were angered and anxious after shooting their enemies, while their own deaths elicited a response of joy. 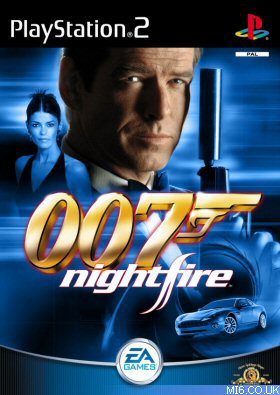 Previous studies have postulated that pairing violent actions with positive rewards is a recipe for desensitization. Though the Helsinki researchers expected their subjects to enjoy the act of killing, the subjects' responses were just the opposite.

The Bond researchers tentatively concluded that their results, which showed a negative response to the death of an enemy, lend little credence to the idea that video games desensitize players to violence.

"From this perspective, the fact that wounding or killing the opponent elicited negative, not positive, emotional responses might be reassuring," reads the report.

While previous video game studies tend to report on subjects' physiological state following a long period of game playing, few have looked at the immediate brain response to individual game events. How does your brain react when you shoot someone in Halo?

With that hypothesis in mind, the team synced recorded game video with physiological data gathered from the players. In some cases, data from a non-violent event in Super Monkey Ball 2--picking a banana--was used as a comparison to the violent Bond game.

In fact, this finding is not new. The same team of researchers previously found that players who fell from a ledge in Super Monkey Ball 2 also responded positively.

However, rather than concluding that video game players are sadistic individuals, the team is guessing that players are simply relieved from the tension of playing.

"Given that the player knows that it is only a game, events that, in the real world, are perceived as threatening may be perceived as positively challenging," reads the study.

Though the brief relief from combat may explain the positive response to a player's own death, an enemy death is also followed by a reprieve from combat, making the negative response all the more interesting.

The study also showed that even after multiple play sessions, users still responded to the events in much the same way.

"There was no evidence for desensitization of emotional responses as a function of repeated exposures to violent game events," concluded the study.

Thanks to `Lipservice` for the alert.