Daniel Craig's blockbuster debut as James Bond in 2006's "Casino Royale" will feature in a new Blu-Ray bundle for the Sony PlayStation 3 in Europe.

It'll be available on March 19 - reports Kotaku - and will retail for â¬399. The pack will include a single Sixaxis controller. 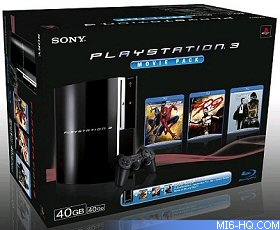