The James Bond franchise has a significant fan base in Canada - reports Lainey Gossip. As such, Daniel Craig and a few others from "Quantum of Solace" came to Canada for a quick day of media two weeks before the premiere in London.

Craig was supposedly not made available for an official photograph session but paps did catch him leaving the Hazelton Hotel in Yorkville en route to the airport... 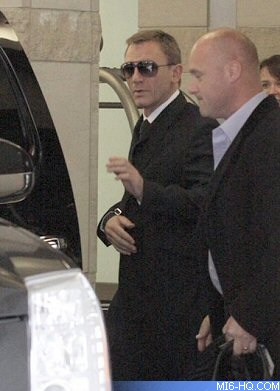 Several journalists who screened it said Quantum is âspectacularâ and âpowerfulâ. One more thing? They said Olga Kurylenko is one of the hottest Bond girls in years.