Activision's debut 007 digital outing "Quantum of Solace: The Game" has been officially released in the USA today (Tuesday 4th November 2008).

A special collectors edition was released a few days earlier. 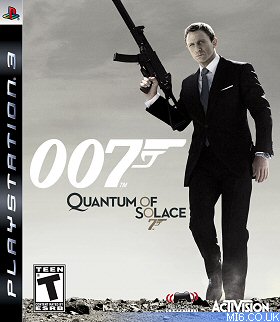 Mission
Enter the world of international espionage with that most famous of agents: James Bond. Based on the Casino Royale and Quantum of Solace films, this hard-hitting game delivers all the intense action and suspense you expect from the Bond franchise. Join 007 for dangerous and deadly intrigue across far-flung locations as you experience high-octane action that leaves you both shaken and stirred.